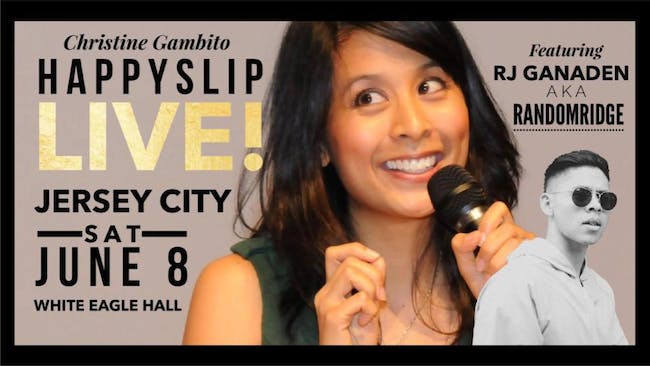 Christine Gambito, also known by her screen name HappySlip, is a Filipina American internet personality, actress, and comedian. Her videos have been been viewed over 100 million times across the web. As a pioneer on YouTube in 2006, she was the first personality to create a one woman show, and act as multiple characters in her sketches. Her unique and original comedy led to her being included in the first set of YouTube's paid partners, and she was nominated for YouTube's Best Comedy award in that same year.

Currently Christine prefers to take her one woman show and perform LIVE for audiences which is reminiscent of how she got her start. At family functions, she started performing comedy at a young age when her mom would request for her to do impressions of the family. Other cousins had to play piano, or sing... Christine had to stand up and do "imitation on demand". Unbeknownst to Christine, those were her early days of stand up comedy.