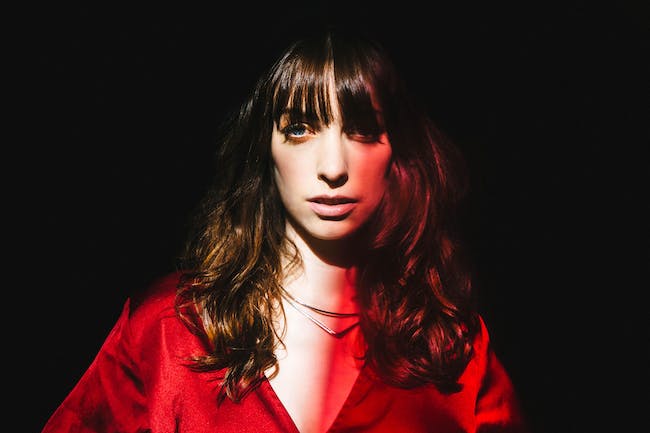 “It was uncharted waters for me in a lot of ways,” she says. “It’s a bit of a departure from what I’ve done before, it’s me really seeking my own personal sound. Like motherhood, making an album is a really personal thing.”

For nearly a decade, Sister Sparrow & The Dirty Birds have been hailed for their explosive brand of modern soul, equally celebrated for their three studio albums and electrifying live performances. Kincheloe grew up amongst an intensely musical family in upstate New York’s Catskill Mountains, co-founding Sister Sparrow and the Dirty Birds with her brother Jackson at just 18. The band based itself in Brooklyn and soon earned a rep as one of the hardest working outfits anywhere in the world, playing upwards of 150 shows each year including headline dates, sold out residencies, and top festivals. “Sister Sparrow, Arleigh Kincheloe’s nom de disque, is a soul queen,” raved The Washington Post, while The Baltimore Sun simply noted, “Arleigh Kincheloe has one of the biggest voices in the business. Prepare to be blown away.”

GOLD – which features backing by members of The Dirty Birds, along with Matschullat and some of NYC’s leading session players – feels a remarkably natural progression from Sister Sparrow’s previous body of work, with flavors of folk, rock, and pop now fully fused with her traditional soul approach to create what is certainly the most sensual and emotionally diverse music of her career. Songs like “Gold” and “Bad Habit” reveal a striking new freedom as a songwriter, their heart-hitting melodies more than a match for her candid lyricism and vocal prowess. With GOLD in her pocket, Sister Sparrow is now excited to return to the road, eager to introduce fans old and new to her expanded musical vision. The Dirty Birds will of course continue as her touring band, augmented by additional instruments to approximate the more diverse sounds on GOLD.

The latest album from The Suitcase Junket, Mean Dog, Trampoline is populated by characters in various states of reverie: leaning on jukeboxes, loitering on dance floors, lying on the bottoms of empty swimming pools in the sun. Despite being deeply attuned to the chaos of the world, singer/songwriter/ multi-instrumentalist Matt Lorenz imbues those moments with joyful wonder, an endless infatuation with life. And as it's songs alight on everything from Joan Jett to moonshine to runaway kites, Mean Dog, Trampoline makes an undeniable case for infinite curiosity as a potent antidote to jadedness and despair.