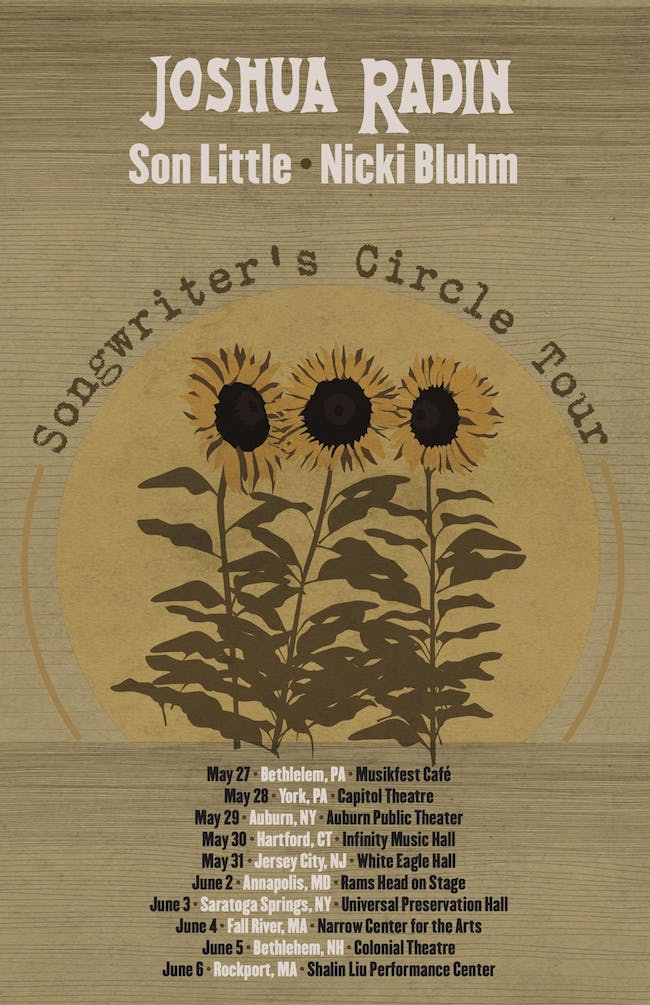 Hailed for his emotive, heartfelt songs delivered via his signature 'whisper' soothing vocals, Joshua Radin has been captivating audiences worldwide throughout his career. With half a billion streams, his songs have topped the Charts and have been featured in over 150 films, commercials and television shows.

Born Aaron Earl Livingston to a preacher and a teacher in Los Angeles, Son Little first came to international prominence with his self-titled debut, released in 2015. Critics on both sides of the pond were quick to recognize the unique power of Little’s solo recordings, which stripped the past for parts that could be reconstituted into something wholly new and original.

Nicki Bluhm released her first solo album for Compass Records To Rise You Gotta Fall to universal acclaim. The album is a chronicle of her state of mind following these deep and fundamental life changes. Since the release, Bluhm has toured with her Nashville-based band and also done solo dates with John Craigie, The Blind Boys of Alabama, and Widespread Panic to name a few.