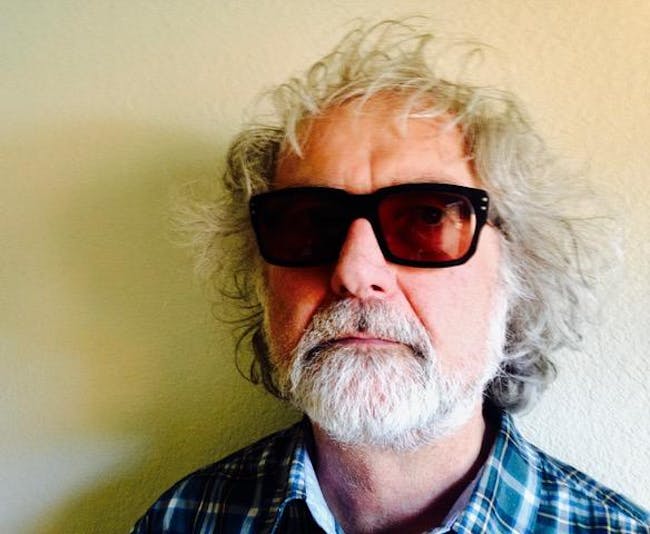 The Minus 5 continues to be one rickety roadster driven by Scott McCaughey, often with Peter Buck as co-pilot, amidst countless other more talented friends. The so-called supergroup started with 1994’s Old Liquidator, through a 2003 collaboration with Wilco (Down With Wilco). his ode to Portland (2009’s Killingsworth), an all-new five-record set in 2014 called Scott The Hoople In The Dungeon Of Horror, and holiday outing Dear December in 2017. In November 2017 Scott suffered a stroke while on tour with Alejandro Escovedo and The Minus 5, thus quite nearly pulling the plug on life and big-time rock career. Thanks to the help of friends, family and fans, Scott spent 2018 recovering, and gradually making his way back to playing music. It’s a work in progress.

This spring comes Stroke Manor, the 13th (?) long player under the Minus 5 moniker, once again on Yep Roc Records. The record was started in words scrawled over the long stay in a San Francisco ICU, and eventually put to music in the Dungeon Of Horror back in Portland.

2019 will bring more new McCaughey (pronounced “McCoy”) music with Young Fresh Fellows, Filthy Friends, The No Ones, Arthur Buck, as well as The Minus 5. Accompanying Scott on this short tour (culminating with a performance at Wilco’s prestigious Solid Sound Festival), will be Baseball Project’s Linda Pitmon, Mike Mills of Baseball Project and R.E.M. fame, and fellow Young Fresh Fellow Kurt Bloch.

CLIFF WESTFALL's debut album, Baby You Win, appeared on multiple "Best of 2018" lists, and received acclaim in publications including Saving Country Music, No Depression, Magnet, PopMatters, Country Music People (UK), Lonesome Highway (Ireland) and many others. Backed by a crew of some of NYC’s finest musicians, his songs combine clever and insightful lyrics with classic honky tonk hooks.

Baby You Win “will whip the pants off of most others released this year and many from years prior, and get you making room on your list of favorite artists...You will not be able to get enough of Baby You Win, and it will continue to impress you at every turn."