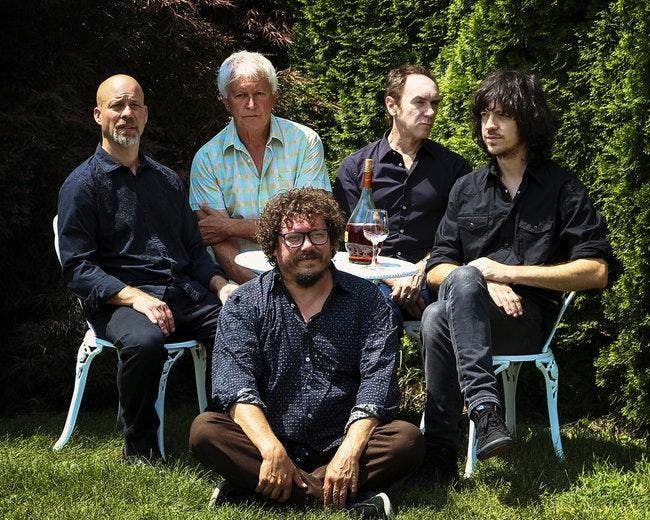 In 1994, 38-year-old school teacher Robert Pollard & his merry band recorded Bee Thousand in a Dayton, Ohio, basement on a 4-track cassette recorder. This improbable rock classic became an enormously influential album: Spin and Pitchfork have called it one of the best records of the ’90s, and Amazon picked Bee Thousand as #1 on their list of the 100 Greatest Indie Rock Albums Of All Time. Numerous artists have cited GBV as a favorite including The Strokes, Eddie Vedder/Pearl Jam, Cat Power, Thom Yorke/Radiohead and Waxahatchee to name just a few. A legendary live band with a rabid following, the Washington Post called GBV “the Grateful Dead equivalent for people who like Miller Lite instead of acid!”

The fantastically prolific Pollard has composed and recorded over 2300 songs, and released his 100th album in 2018, but he’s never been content to rest on his laurels. Coming in 2019 will be double album Zeppelin Over China, followed by two more full-length records: Warp And Woof and Rise Of The Ants.

The band’s present-day line-up is nothing less than a new Golden Age of GBV. Flanked by returning bandmates Doug Gillard (guitar) and Kevin March (drums), plus Mark Shue (bass) and Bobby Bare Jr. (guitar), the band focuses their talent and chemistry into razor-sharp blasts of rock. And they’ve been wowing audiences and selling out shows from coast to coast.