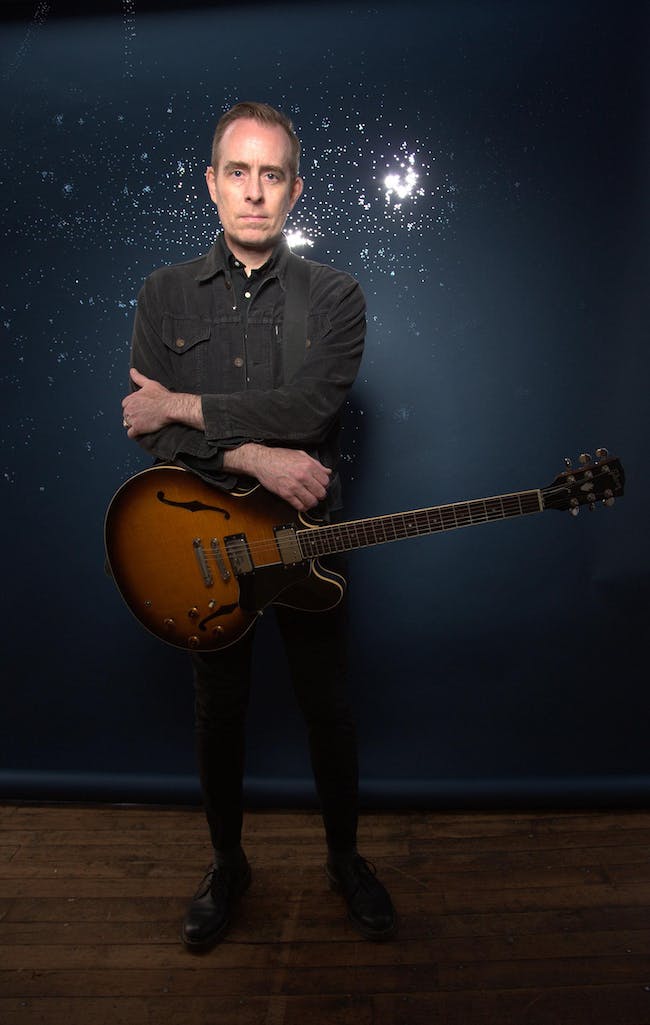 Ted Leo and the Pharmacists

iCal
Google
Kick out the jams with Ted Leo and The Pharmacists and Control Top at White Eagle Hall!

Ted Leo is one of the finest songwriters of our generation, even if it’s not entirely clear what generation that is. Starting in New York Hardcore with Citizen’s Arrest, making the ‘90s safe for power-pop and Weller-esque hair with Chisel, then singing our turbulent lives like we were smarter than we were with The Pharmacists, and most recently providing equal parts sweetness and solace with Aimee Mann as The Both, Ted never let us down. And now, seven years after The Brutalist Bricks, he has a new solo album. And it’s wonderful.

The songs on The Hanged Man, recorded at a home-studio-in-transition in Wakefield, RI, with Ted playing almost all the instruments, are some of the finest and most finely wrought of Ted Leo’s career. Ted describes the time working on the album as one of “personal desolation that felt fallow but was actually very fertile” and, indeed, lyrically, The Hanged Man is suffused with hope of sorts but crushingly heavy. The concerns addressed, whether personal trauma or the national disaster we’re all currently existing in, matched with the range and vitality of the songcraft is inspiring, even uplifting.

The Hanged Man offers the sharp bursts of skinny tie pop-punk fury one would expect from Ted—and even these feel streamlined like never before—but they are offset with an adventurousness in both tone and structure. The intention was to upend expectations but, on songs like the bookends of “Moon Out of Phase” and “Let’s Stay On The Moon,” the intention never gets in the way of the result. There’s no strain of effort in songs that are unlike anything Ted has done previously. The Hanged Man is a career high, born through industry soul sickness, nausea-inducing crisis, and a talent that feels like secular grace.

Covert contracts rule our world: manipulative relationships, encoded social norms, opaque technologies. “With a covert contract, the trick is that the agreement is only known by the person who makes it,” says Ali Carter, singer and bassist of Philly post-punk trio Control Top. “The other person is oblivious. Consent is impossible. A void of communication opens up a world of misunderstanding.”

On their debut full-length Covert Contracts, out now via Get Better Records, the songwriting is fully a collaboration of Carter and Creedon. Carter’s voice thumps and screams and deadpans while her driving, hooky basslines play out like guitar leads. Creedon, also the band’s engineer and producer, balances composition and chaos, equally inspired by pop and no-wave. With her lyrics, Carter responds to feeling trapped and overwhelmed in a capitalist patriarchy, offering indictments of wrongdoing and abuse of power, odes to empathy and ego death, as well as declarations of self-determination.

These songs hit even harder when you consider how close this band came to not existing at all. Despite being involved in underground music communities for years, Carter didn’t start Control Top (her first band) until age 25. Disillusioned by punk, Creedon had all but abandoned guitar. But Control Top felt exciting, a chance to experiment: to rethink the relationship between guitar and bass and use samplers to add new dimensions. Meanwhile, Lichtenauer had quit playing drums after an abusive situation in a previous band that had ruined playing music for them, and joining Control Top was an opportunity for rebirth.

At once anthemic and chilling, Covert Contracts puts words to today’s unspoken anxieties. Brimming with post-punk poetry for 2019, it’s the sound of agency being reclaimed.