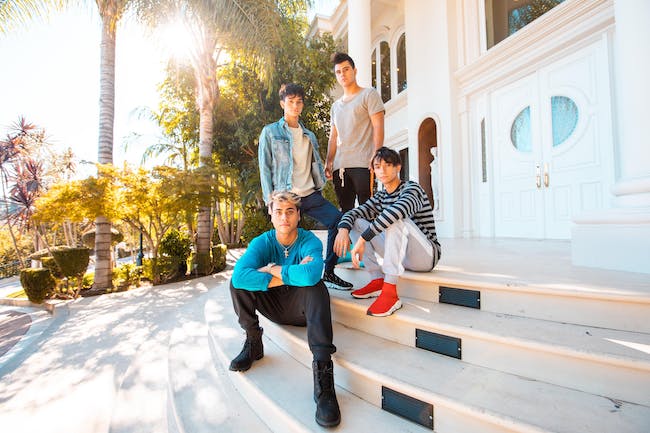 The Dobre Brothers — Cyrus (25), Darius (23), Lucas and Marcus (twins, 20) Dobre — have gained a global following for their stunts, sibling-fueled pranks and original music. Their upcoming 21-date theater tour produced by X1 Entertainment incorporates music, choreography, audience participation and an anti-bullying segment, and it will kick off in Jersey City, NJ, with stops in Los Angeles, Chicago, D.C., and other major markets across the US. This all-ages, all-inclusive 60-minute show and meet-and-greet offers a unique take on the family-friendly entertainment seen daily by the brothers’ combined 23.4 million YouTube subscribers.

You may recognize them from a recent MTV Cribs episode, know them as the kings of Vine, or be familiar with them via YouTube because their videos go viral so often (in a 3 week span they were #1 on trending 3 times). The Dobres have amassed more than 48 million loyal fans across all their platforms, including 11 million Instagram followers and 23.4 million YouTube subscribers, and over 3 billion YouTube views.

The Dobre Brothers pride themselves on educating youth on bullying and standing up for positivity. They recently did so as part of the AT&T Hello Lab Presents “The Bright Fight,” which won a Shorty Award for “Best Use of Native Advertising.” The siblings have also worked with some of the most recognizable brands, including Coca-Cola, EA Sports, Wendy’s and Ubisoft, and they partnered for an Epic Games / Fortnite integration that drove more than 15.6 million minutes in watch time and climbed to the No. 1 spot on the trending tab within hours of launch.